On Feb 1, 2006 Las Vegas Metro Police Sergeant Henry Prendes responded to a domestic violence incident and was fatally gunned down.  Before his death, Sergeant Prendes and his wife, Dawn, had begun planning and acquiring land to build a camp for youth.  Henry had a singular vision for this camp: to offer life-changing experiences to urban youth.

In the aftermath of that tragic February day, friends and supporters rallied around Dawn, encouraging her to keep Henry’s dream alive.  Out of their encouragement and support was born “Henry’s Place” —  a camp established to bring amazing opportunities at no cost to youth who would normally never be able to afford to go to camp.

The seeds of Henry’s Place were actually planted all the way back in 1986.  That’s when a young man growing up in urban Las Vegas, Henry Prendes, went to a summer camp and forever changed his view of the world.  His experience there helped to set the course of his life as one of love and sacrificial service and inspired his future dreams of providing similar camp experiences for youth.  However, on that fateful day in 2006, it seemed that Henry’s dream had been ended by a criminal’s bullet, but God had a plan and even through tragedy was working a story of incredible hope.

Over the past eleven years, concerned citizens and committed supporters have contributed generous donations and countless volunteer hours to lay the groundwork for a camp for youth.   First, the camp needed land, and a perfect location in Southwest Utah was acquired and donated to the camp.  Additionally, Henry’s Place had to develop into a functional organization, and in 2010 a non-profit corporation was formed, IRS non-profit status was obtained, and a Board of Directors was established.  Subsequently, the Henry’s Place Board had to petition for changes to local ordinances that would permit the land to be used as a camp, and finally in August 2013, local officials approved legal development of Henry’s Place Camp.  The following years saw the construction of infrastructure–site grading was completed, a maintenance building was erected, and  water-, waste-, and electrical-system infrastructure was installed on the property.

Perhaps most significantly, in 2016 and 2017 Henry’s Place utilized rented and donated facilities and volunteer staff to conduct week-long summer camps for disadvantaged Las Vegas youth.  A total of 34 at-risk youth have been blessed by free camp programs to date, and the results have been phenomenal. That success will continue in 2018 as 32 additional youth are touched by the Henry’s Place Camp program.  Organizationally and programmatically, Henry’s Place is ready to conduct summer long summer camp programs.  The final hurdle that must be cleared is to finance and build permanent buildings at Henry’s Place. 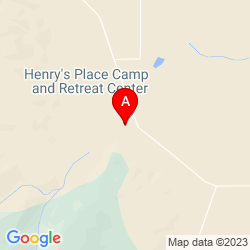